I/Orgel was a music theatre performance exploring the different and diverse facets of the organ as an instrument. The I/O team continued their work with Elina Silova, who was a guest already in the project I/O Home. The performance was devised for the Orgelpark, who commissioned the piece, and premiered on April 16, 2016.

The special feature of the project was its preparation, which included three public workshops. The idea behind the workshops was to learn about the organ and have the audience participate in the learning process, as well as involve them in the creative process of making the performance. 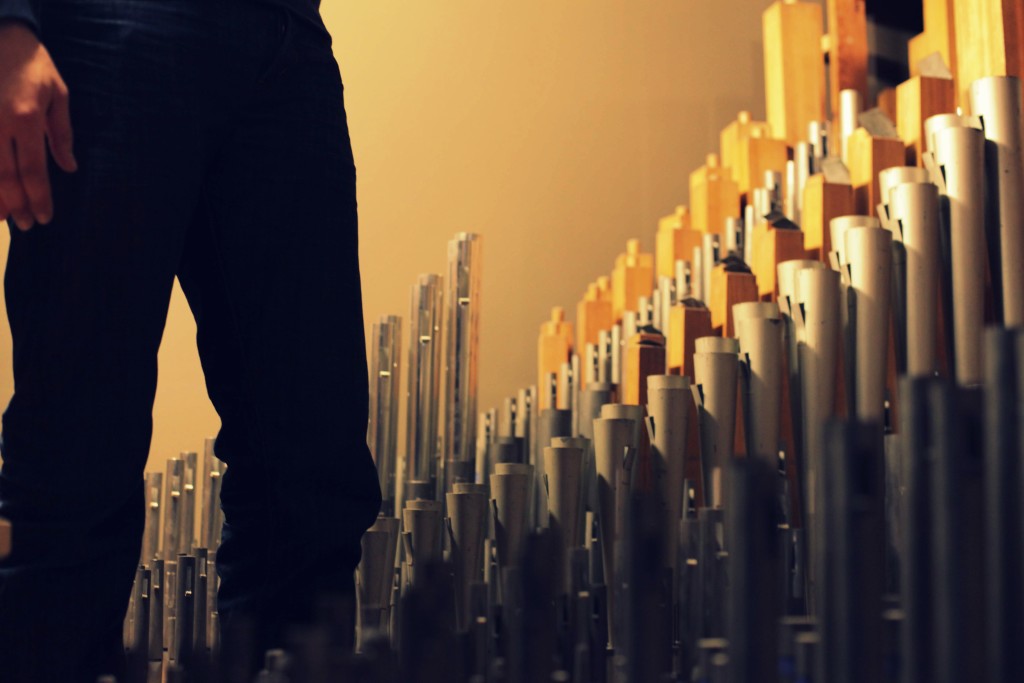 Workshop A: Deconstructing an organ

Technical Input / artistic Output. I/O invited the audience to a public workshop, during which they explored together with the artists how an organ actually works. As a guest, I/O invited Hans Fidom, an organ scholar, in order to conduct an interactive lecture-performance. In addition, a short concert of organ music took place, performed by the members of I/O, as well as a series of short creative games involving all participants.

The second workshop of I/O in the Orgelpark was dedicated to the history of the organ. The artists invited the audience to a public workshop during which they unfolded together the evolution, the symbolisms and connotations of the organ in a historic, cultural and musical context. As guests, Hands Fidom, the actor Thomas Hoppener and the organ player Laurens de Man were invited to share words and sounds, in order to combine them with the workshop’s findings, rearrange them and explore new ways of narrating the organ’s history.

Workshop C: Put your hands on it

In its third and last public workshop I/O invited the audience to explore together the hums, the beatings, the shakes, the pips and the boinks, the massive bursts and the gentle whispers that inspire us to make music. Audience and artists played around together with the specially invited organ improviser Jacob Lekkerkerker, who guided the group through and submerged them into the fascinating art of improvisation.

devised by I/O, with the special guest Elina Silova.